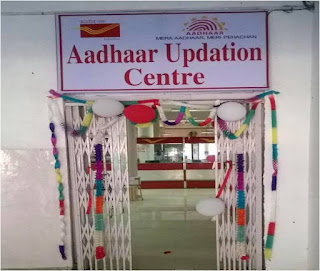 NEW DELHI: Prime Minister Narendra Modi has approved Rs 2,000 crore specifically for setting up Aadhaar centres in post offices, a move that will see private contractors phased out from the data collection process.
The decision comes in the wake of complaints regarding private vendors on counts such as petty corruption and attempted frauds and the Supreme Court taking note of reports of alleged leakage of UID data.
Aadhaar enrolment and updation facilities will be available in around 15,000 post offices by March 31 next year and this will complement the earlier decision that bank branches will have similar centres by October 31. Around 5,000 post offices will have the facility by December this year.
Though much of the data collection so far has been done by private vendors and Aadhaar procedures ensure that they cannot access the biometrics they record, the government believes the process would be best handled by agencies like post offices and public sector banks.
The centres will have machines approved by the Unique Identification Authority of India and personnel will be trained by the agency as well.
Banks already have 2,000 branches running centres. A total of 15,200 bank branches will have centres with Aadhaar facilities. The decision to sanction Rs 2,000 crore is intended to respond to issues raised by the court and activists and to ensure improved access to Aadhaar enrolment and updation. The post offices and banks will considerably extend the reach of UID, particularly in remote areas where they are often the only permanent presence in terms of government services.
Upholding the linkage of PAN with Aadhaar, the SC had said it was necessary to highlight that a large section of citizens were concerned about possible data leak, even as many supported the government's initiative. 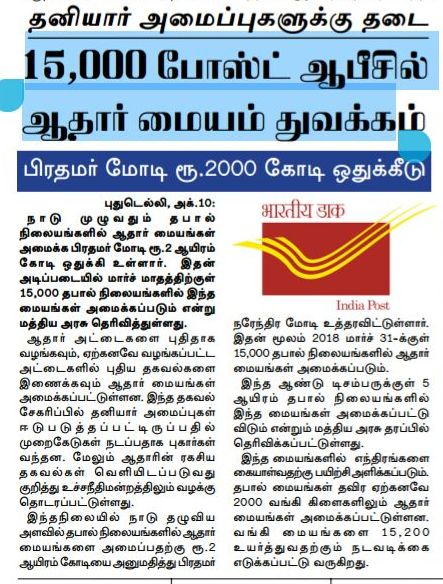