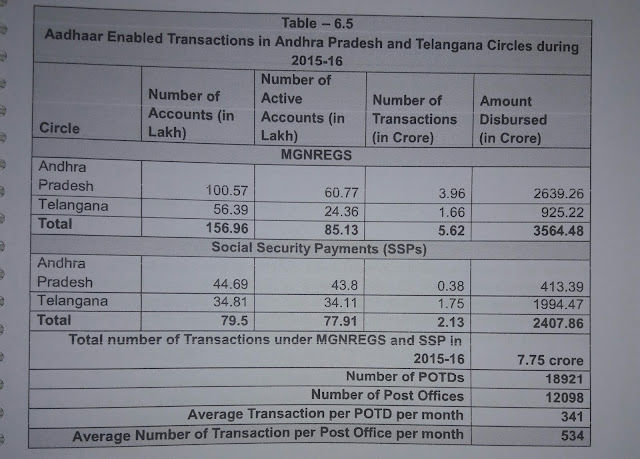 How a GDSBPM who is having  5th Scale , performs his additional duty by doing average of 21.36 transactions per day with Bio- metric devices.

Bio-metric devices were accessible with mobile network and Aadhar authentication.

If mobile network is good  and Aadhaar server is busy , how much time it will take to do one transaction ?

If Aadhaar server is freely accessible but mobile network is poor , how much time it will take to do one transaction ?

Is it mandatory to work beyond 5 hours even the scheme is not covered under workload ?

Rule not permitted the GDS to work beyond 5 hours if it is not  covered under the workload of GDS.

In the Rule 3A(i) of GDS Conduct & Engagement Rules ,2011 it is clearly mention the working hours

not mention the working hours only based on Directorate workload norms.

This time , it is mandatory to Directorate to decide the matter whether we have to perform our duties onlywith in 5 hours including IPPB & RICT or not ?
Posted by KUDANTHAI ANJAL at 18.11.17