The third successive struggle program of AIPEU-GDS (NFPE)
on 32 Charter of Demands, Dharna infront of Dak Bhawan,
New Delhi has been staged successfully with the
participation of General Secretaries of affiliated Unions of
NFPE, NFPE office bearers and CHQ office bearers of GDS Union.

The program concluded with the vote of thanks
paid by Com.R.Dhanraj, Dy. General Secretary,
by extending revolutionary greetings and heartfelt thanks to the
leaders of NFPE for their support and participation in the
dharna and made it successful. 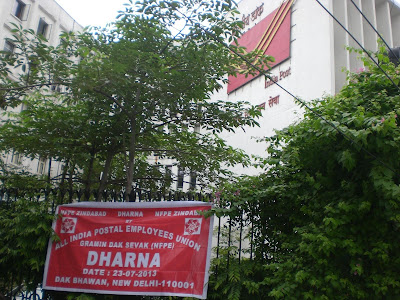 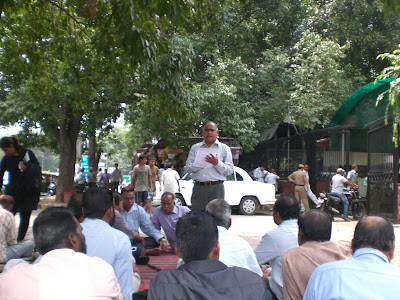 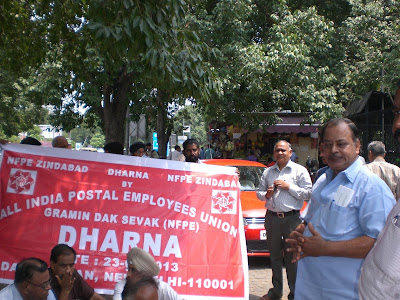 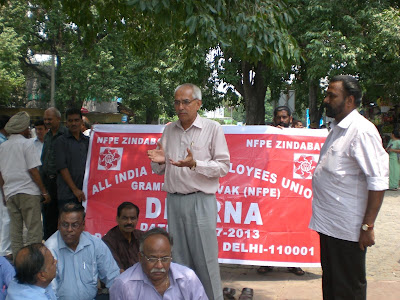 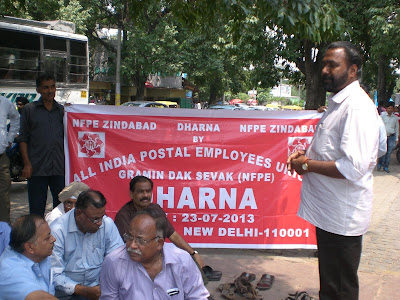 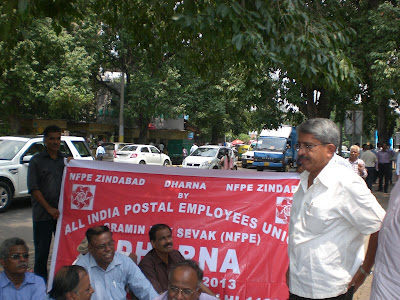 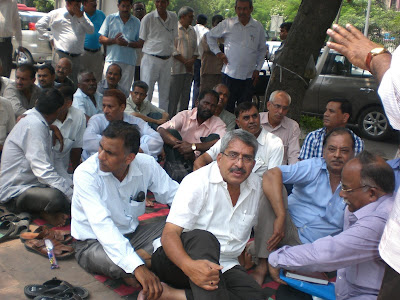 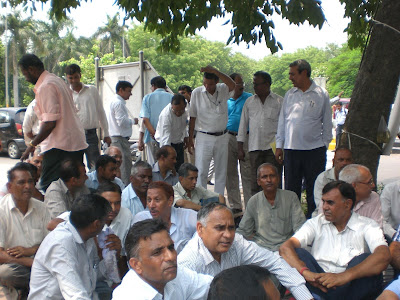 The following demands were included in the Common Charter of demands:

1.    Set up the 7th CPC and frame its terms of reference after
consultation with Staff Side.
2.    Merge DA with pay for all purposes.
3.    Scrap the New Contributory Pension Scheme.
4.    Regularize (a) Gramin Dak Sevaks of Postal Department.
(b)Daily rated workers , (c) Contract Labourers:
5.    Remove 5% Ceiling on Compassionate appointments.
6.    Settle all 6th CPC anomalies raised in the National Anomaly
Committee and implement the Arbitration Awards.
7.    Remove Ceiling of Rs. 3500 on computation of Bonus.

All organizations may include the department –specific and other
demands in Part B of the Charter and seek settlement thereof with the
appropriate authorities.

The meeting also decided to submit the Charter of demands to
the Cabinet Secretary and seek negotiated settlement.

The Council will meet again in the first week of August 2013 to
decide upon the date of National Convention and other programmes of
action in pursuance of the Charter of demands.
(M. Krishnan)
Secretary General
Posted by KUDANTHAI ANJAL at 4.7.13 No comments: