Confederation writes for removal of limit of 3 spells for Child Care leave in a calender year.

Confederation writes for removal of limit of 3 spells for Child Care leave in a calender year. 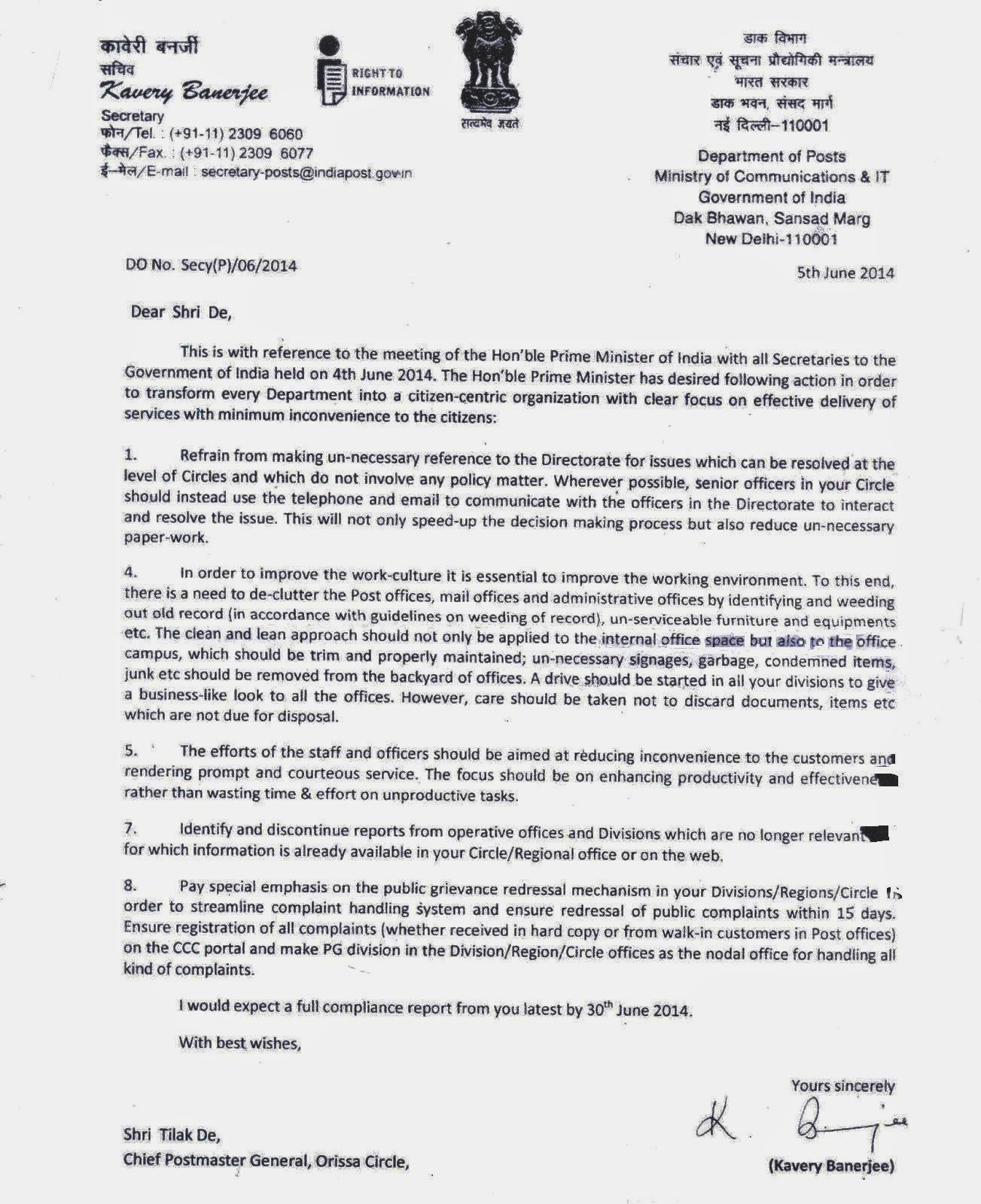 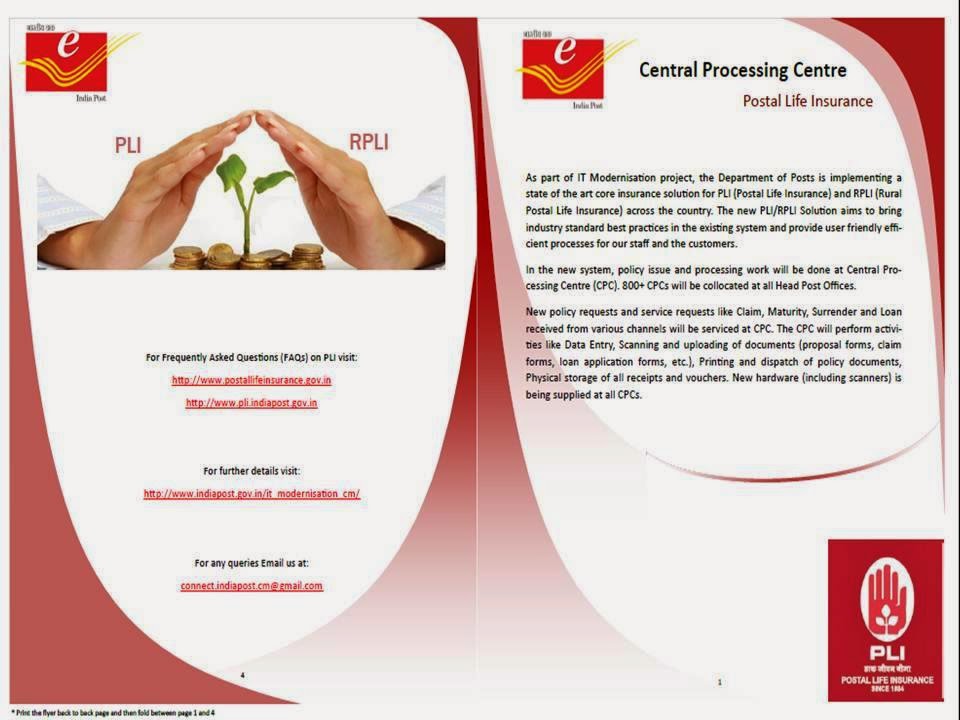 It is brought to notice that any amendment of Fundamental Rules / Service Rules is required to be made with the approval of President under powers vested by Article 309 of the Constitution. It is clarified that FR 22(l)(a)(1) continues to exist.

Answer key for Direct Recruitment examination for MTS, 2014 held on 01/06/2014 was uploaded in www.tamilnadupost.nic.in on 12/06/2014, calling for comments of the candidates on the answer key till 20/06/2014. Few requests from the candidates suggesting changes in answer key were received through email. They were examined and after getting necessary comments from the officers, the revision in answer key for 4 questions are found justified. Accordingly, the answer key is revised

1) A collection of related file is called a
(A) Character 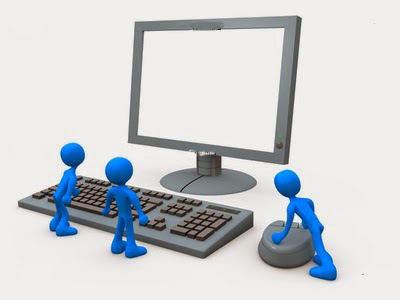 3) Which of the following is an example of connectivity?
(A) Internet
(B) Floppy disk
(C) Power cord
(D) Data
(E) None of these
Ans. (A) Internet

5) The primary purpose of software is to turn data into
(A) Web sites
(B) Information
(C) Programs
(D) Objects
(E) None of these
Ans. (C) Programs

8) The process of a computer receiving information from a server on the Internet is known as
(A) pulling
(B) pushing
(C) downloading
(D) transferring
(E) None of these
Ans. (C) downloading

11) Which part of the computer helps to store information?
(A) Disk drive
(B) Keyboard
(C) Monitor
(D) Printer
(E) None of these
Ans. (A) Disk drive

Incalculable miseries and untold suffering to the operative staff in CBS rolled out offices – Immediate remedial and rescue operations sought for – reg.

Sub: -  Incalculable miseries and untold suffering to the operative staff in CBS rolled out offices – Immediate remedial and rescue operations sought for – reg.

At the outset, we appreciate the efforts leads to technological advancements and extend our fullest cooperation in the journey to reach the desired goals of implementing innovative customer centric services and operational efficiency enhancement by inducting state of art technology.

But to our dismay, the CBS migrated offices are now facing incalculable miseries and untold sufferings due to lack of adequate network capabilities and software support of the vendors. The following are the issues to be set right in war foot manner at the initial stage itself otherwise leads to garboil and distress among the stake holders especially among the working staff.

Providing of strong and stable network is base of successful implementation of India Post project.   Now almost all HOs have been given 2 MBPS bandwidth line, LSG SOs 512 KBPS line and B and C class offices have been given 256 KBPS line. If ‘India Post Project-2012’ is fully implemented, all the work of Post Offices will depend on these network. Present bandwidth speed is very less and due to low bandwidth, Finacle page is either not opening and  some time opening very slowly.   Due to this PO staff are forced to work up to night 10 pm many days. In many occasions in every CBS migrated office, the ‘Login’ is inconsistent and for each transaction “Login” is forced.

In India Post Project 2012, NI Vender is Sify. On observation of quality and quantity of service being provided by them it is very much proved that  M/S Sify is incapable to give service to this  big department.  They do not have sufficient skilled manpower and it seems that they are not intending to give good quality service also.   At initial stage itself they have not made proper survey of all offices.  Before installing and commissioning they were very keen on taking installation report from concerned Postmasters/Sub Postmasters.

It is told that, as per MOU, all offices should be provided with NSP-1 and NSP-2 lines.  In almost all offices, NSP-1 is BSNL line and NSP-2 is either Sify line or Airtel datacard.   It is observed that in many offices they have installed Airtel datacard ,where as  Airtel signal is  not available at that place.

It is also observed that M/S Sify is not recharging Airtel datacard  installed.  Instead they are recharging on receipt of complaint from concerned offices.  By doing this they are deviating from MOU and leaving the staff in the field in distress.

If we come to Finacle part, it is another tragedy.   Initially it was boosted that Finacle is fully foolproof software and successfully implemented in many banks.  We could not understand why Infosys is not utilizing experience gained in banks and  implementing  here.  There are so many bugs in the software and  more surprisingly  even after lapse of 6 months of implementation, nothing is changed.   All the issues raised at the time of January-2014 is still not resolved.  Moreover Finacle server becomes inaccessible many time in peak business hours or responds very slow. It is a naked truth that we are losing clientle and distancing from the customers only due to faulty service of vendors.

No separate rulings are received to suit Finacle Environment. No authorities are giving authoritative guidance on many issues.

For example      §  Role of SO,  SB in HO after implementation of Finacle at SOs,     §  Role of SBCO at HO  §  Fate of manual records on transfer accounts from one Finacle office to other etc.

5) Supply of Printers and Computers:

At initial stage  new Computers and printers are supplied to pilot offices.  Rest of the offices are having   more than 5 year old  Computers and Printers  which are not suitable to present scenario.  Administration is pressing  hard to migrate offices without supplying required hardware. The old computers and peripherals either to be revamped or replaced to make it compatiable to the present environment.

One each User credential is given to  trained staff.  But it is not clearly told what action to be taken while SPM/PA goes on leave especially in B class offices.   As sharing of  user credential is very  risky and dangerous, alternative arrangement  should be made immediately.

8. You may aware that we are struggling with outdated Computers and peripherals, which were purchased during the year 2000 to 2005 and immediate supply of needy new hardware to ensure the technological transformation in and effective manner.

9. Even proper up gradation of CPU is not made in many areas and the Software loaded is upto Windows XP in most of the offices. Presently it is a fact that windows XP is not supported by the Microsoft with updates.

10. Finacle can be better loaded with Windows 7 and hence the officers at ground level are pressurized to use pirated version of Windows 7, which may lead to litigation with Microsoft apart from non supporting with updates.

11. The MOU made with M/s Sify, for net work integration is limiting to low bandwidth such as 256 Kbps to 512 Kbps in many areas, serving with 1 server and 4 to 5 nodes, resulting in sluggish connectivity and takes hours together to transform the data. This results in hang over and the transactions could not be able to be made at the instant, as the Department expects, It requires atleast 2 to 4 Mbps and M/s Sify refused to increase the bandwidth now.

12. Further in the Data Centre, it requires to the level of 400 Mbps on the Network to receive the Data transmitted at a time from all the 680 offices but Sify is learnt to be provided with a minimum of 200 Mbps capacity. This affects the receipt of data from the end users at a time and take hours to complete the process. Further expansion is required when there is further migration.

13. The area of occupation in the main server at Mumbai maintained by M/S Reliance Ltd. is also not sufficient, which results in sluggish transmission of data from the entire 680 offices at present, at a time and even the validation cannot be made before 8:00 PM or 10:00 PM on all the days.

14. End of day process cannot be made even on daily basis and the staff have to wait for the nod from the Infosys even after midnights on several days and at times it can be made on the next day morning. Even the women employees are compelled to complete the EOD process in midnights and their husbands or wards waiting till midnights to take them to home.

15. Even the Help desk provided is not answering and the end users are taken to task and receiving brick bats from the irate public.

16. This results in closing of accounts in large numbers that too, can be made not on the date of presentation but after few days and our Department looses large chunk of customers, because of the miscalculations, wrong estimations and over ambitious activities and inadequate technological support.

17. Even the first and prestigious ATM of our Department unveiled by the ex Finance Minister Sri. P. Chidambaram at T. Nagar HO is not functioning from the date of installation and only 10 ATM cards are supplied on the first instant, that too only to the staff and some friendly users of T. Nagar HPO. But the ATM is provided with 24x7 A/C and a paid Guard, making huge loss to the Department and receiving severe criticism from the Print media.

18. The women employees should be relieved from this area of operation, till the situation improves, in order to avoid late night stays at offices inviting gender problems and unsafe returns to their home at midnights.

19. Further, adequate hardware and infrastructure should be given immediately to the CBS migrated offices with sufficient man power and proper remuneration for the extended hours, the staffs re serving.

20. In spite of all above cited problems the Postal staff is being worked on finacle software as matter of challenge and trying to give best services to the customers. In spite of all efforts the customers are not satisfying/delighting which hampers the reputation of the department. No PO which is upgraded with finacle are being closed before 8 PM every day. We are ready to work hard provided, solution for above problems are to be solved.

It is requested to sort out all the issues arising out of the CBS Migration and all the vendors need to be instructed to provide all the technological support as required by the field staff. As this is the pilot and sorting stage, if we failed to pull up the vendors to the level of expectation and necessity, later full implementation, restoration may be difficult with this vendor support.

It is further requested to spare some time and provide opportunity to present and brief our case in person for the welfare of our department staff and the clientle. Your immediate intervention as if house on fire is requested.

A line in reply is highly appreciated.


Secretary General
Posted by KUDANTHAI ANJAL at 27.6.14 No comments: